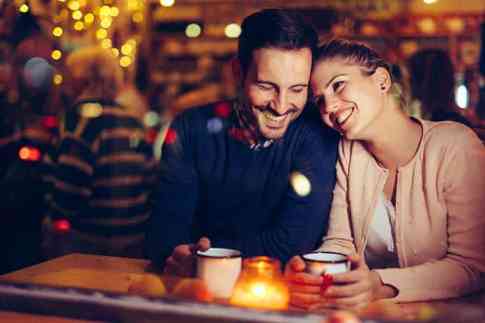 I kinda want to admit that one of the most wonderful and frustrating parts of dating is that you never really know where things can go with someone. You have to start every date with an open mind to the possibility of… anything can happen. Eventually, down the line, you could start catching feelings for someone, which can cause you to be open to whatever with that person. When you start to crave commitment from a person you’re dating, and you haven’t yet really discussed that, things could get complicated if you keep those feelings bottled up inside of you.

I’m sure some of you can relate to this!

So, if you find yourself falling for someone, you need to ask them what that they’re looking for. I think asking this question scares a lot of women. Hell it scares me. You just never know the response you’ll receive. It’s easy to pretend to be nonchalant and ok with seeing where things go.

Take it from someone who’s been there..hell I’m there now lol…. But I will say attempting to stay chill only prolongs your pain if you want something more serious. Many of us lie to ourselves about being fine with never talking about emotions or saying what you really want is a disservice to yourself. You deserve to speak your mind, say what you want, and find someone who’s on the same page as you are.

If you tell the person you’re dating that you’re developing feelings for them and say you want more, and the feelings aren’t mutual, that’s definitely a hard pill to swallow. This will definitely remind you the reason you tried to play it cool in the first place……. to avoid being let down. But honestly, prolonging it makes it no better.

I’ve been in situations in which I’ve liked someone, have been open to a variety of possibilities, only to be disappointed by them wanting to keep things casual because of their actions. I didn’t get a chance to tell them I was developing feelings I actually thought my actions showed it more than anything. However, I was quickly reminded why I never spoke up about it.

At that moment I realized casual was not what I wanted!

And look, I get it – not everyone wants commitment. I have my own desires and dreams of traveling, finishing law school, building a successful career and soooooo much more. But for me, I believe when someone is right for you, they’ll be able to fit in your life.

The benefit of you asking someone what they want from dating you?

You may just get the response you want. The person you’re dating could be scared to put their feelings out there first just as well as your are. Keep in mind we’re not mind readers. You need to talk about your feelings eventually if you keep seeing that person, and it’s better to know sooner rather than later if it’s worth continuing investing your time.

After having that conversation, you can evaluate what they said and how it matches up with what you want. Are you two on the same page? Do they want more commitment than you do, or vice-versa? If you two want something different, it may be time to accept that and move on.

What’s your next move? Tell us below!

One thought on “When Dating Gets Real”